Size-wise, Bangkok’s Little India neighbourhood pales in comparison to the city’s neighbouring Chinatown district, one of the largest in the world. But that’s not to say it’s not worth visiting – known locally as Pahurat, this culturally rich and less touristy part of the Thai capital was constructed at the very end of the 19th century, and it has enough things to see to make a trip worthwhile.

Added bonus: there are some great eating and foodie souvenir shopping opportunities around here. It’s also not far from the famous Pak Khlong Talat flower market, and we visit it in our Snacks, Markets and More walking tour.

Here’s what to see and do in Little India in Bangkok. Foodies will be in their element in the Little India neighbourhood of Pahurat, not least for the opportunities to stock up on fabulously inexpensive and authentic spices and other ingredients to take home. A stroll along Pahurat Road will see you pass numerous small shops selling dried spices that are prevalent in Indian as well as Thai cooking.

Poke your head inside and see what bagged up spices they have ready to go – most shops have a decent selection on offer, and prices are an absolute steal. Away from the bricks-and-mortar spots, there are also market stalls selling various collections of Indian spices dotted along the narrower alleyways that run off of Pahurat Road.

Along Pahurat Road itself and neighbouring Tri Phet Road, you’ll also find pavement-side stalls touting vast bags of all manner of nuts – among them the likes of cashews, pistachios and almonds – at prices that are also significantly lower than at other markets and supermarkets elsewhere around Bangkok. The same goes for dried fruits, too – shopping for ingredients to take home and cook delicious Indian food with is among the prime offerings of the Pahurat neighbourhood. Needless to say, there’s also great food to be had at Indian restaurants and street food stalls around Bangkok’s Little India, including stalls with an especially impressive variety of Indian desserts and sweet snacks. Among our favourites are Toney Restaurant (64/1 Soi Rim Klong Ong Ang, off Chakphet Road), a local-feeling, atmospheric and inexpensive Indian-Nepalese street stall that straddles a footpath – the kitchen is on one side, and the seating on the other – and sits alongside a canal. The menu features a decent range of curries and other dishes, accompanied by rice or freshly stretched and fried roti.

Other restaurants worth hunting out in and around Bangkok’s Little India neighbourhood of Pahurat include the well-regarded Royal India (392/1 Chakphet Road), Shiva Family Restaurant (95/51 Tri Phet Road), and Mama Restaurant and Sweets (436 Chakphet Road, inside Soi Rim Klong Ong Ang and just along from Toney). But it’s also true that this is precisely the kind of place where simply allowing yourself to get lost down one of the labyrinthine alleys is the best way to end up finding your own slice of Indian deliciousness. For great, dirt-cheap samosas from as little as 10 baht a pop, head to a daytime-only stall that operates from just outside the India Emporium shopping centre (see below). And, for delicious and equally inexpensive vegetarian rice-and-curry-style food, check out the two stalls outside the back exit of the same mall – between them they serve a combination of Thai and Indian food.

Looking for colourful fabrics and accessories? The large India Emporium shopping centre (345 Chakphet Road) is where to head – at times it can feel as though this four-storey structure is given over almost exclusively to textile shops (and Pahurat, is after all, perhaps more famous for its textile shopping opportunities than for anything else).

Needless to say, there is also plenty of retail therapy to be had at the countless stalls that line the streets around the Pahurat area, and at stalls in markets that extend deep into the alleys running off Pahurat and Tri Phet roads themselves. Expect to be able to pick up everything from homewares to textiles and clothing, plus jewellery and trinkets – and, at a few shops, there’s a particularly strong focus on just about everything you might need to equip yourself for an Indian-style wedding ceremony.

The focal point for just about all of these market stalls and shops is the Pahurat fabric market tucked away behind Pahurat Road – it’s a manic and claustrophobia-inducing space, but well worth a visit for a different experience than you will get in most other parts of Bangkok.

The symbol of Bangkok’s Little India neighbourhood of Pahurat, and sitting right at its heart, is the 20th-century Sikh temple known as Gurdwara Siri Guru Singh Sabha (571 Chakphet Road). The striking gold-domed exterior is easy to spot from outside, and this is a welcoming temple that is well worth a visit if you are in the area – there are also impressive views over Pahurat and Yaowarat (Chinatown) from the top of the six-storey structure.

Perhaps best of all, the temple’s reputation as a welcoming and generous, hospitable religious centre is exemplified by the daily buffet feast of vegetarian buffet that’s laid on every morning for anyone who wants to partake, whether they be Sikh devotees or simply inquisitive visitors popping inside for a brief look around.

What else to see near Little India in Bangkok

Bordering the Chinatown district of Yaowarat as it does, Pahurat is easy to reach from popular markets like Sampeng Lane. The expansive Old Siam Plaza shopping centre is also close by – this outdated but atmospheric mall is another spot that has a strong reputation for its textiles and clothing, especially made of Thai silk, and there are lots of take-away Thai desserts and snacks to discover here, too.

For a quick introduction to the Pahurat neighbourhood of Little India in Bangkok before exploring it more yourself, consider hopping on Expique’s Chinatown-focussed Snacks, Markets and More walking tour, which passes through the area.

How to get to Little India in Bangkok

Since it is really just composed of just the one street (Pahurat Road), Bangkok’s Little India neighbourhood of Pahurat is easy to pinpoint and to reach by taxi from elsewhere in Bangkok. If you are already in the vicinity, it is an easy walk from Chinatown, and Pahurat is also only 10 minutes or so on foot from the Yodpiman River Walk Chaophraya Express Boat pier alongside Pak Khlong Talat flower market. 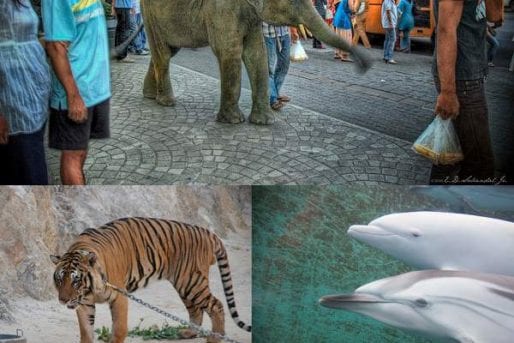 The Origins and Future Of Street Food in Bangkok