Chinese New Year is just around the corner and, with a huge community of Chinese descent and one of the world’s largest and liveliest Chinatown neighbourhoods, it’s no real wonder that Bangkok comes alive for this annual celebration.

Note regarding COVID-19: While we do try to keep our content up to date, please be aware that due to the impact of COVID-19, restrictions may impact our recommendations, and businesses may temporarily or permanently close. Please double check.

Ordinarily, this is a time when the streets of Chinatown transform into an explosion of red, as traditional Chinese lanterns are strung up, people wear red shirts aplenty, and individuals give red envelopes containing money to friends and family. The abundance of red and accompanying firecrackers are designed to ward off a mythical creature thought to make an appearance on New Year’s Eve to ravage homes.

Firecrackers are traditionally let off as part of loud and boisterous celebrations, and Thais – those both of Chinese descent and not – make merit by visiting temples and Chinese shrines to pray to Buddha images and statues of Chinese deities. Elaborate parades of dragon dancers through the Chinatown districts of cities right across Thailand are also a prominent fixture in Thailand’s Chinese New Year celebrations. Streets in and around Yaowarat are ordinarily closed to traffic, becoming pedestrianised to make way for these parades and a whole array of other cultural shows. Members of Thailand’s royal family also commonly make appearances during the festivities, presiding over the ceremonies that take place.

Traditionally, the eve of Chinese New Year (Known in Thai as wan wai) – this year on Friday 24 January, ushering in the Year of the Rat – is the time for families to pray to the gods, make merit for and pay respect to their ancestors, and spend time with one another. This is the time for an all-out banquet, and in the preceding days – known in Thai as wan jai, or shopping days – it’s not uncommon for markets across parts of Thailand with significant Chinese communities to become packed out as locals stock up on all the supplies they will need for their feast. Market prices for raw foods and ingredients typically increase in Thailand around this time, as demand goes up – duck, pork and copious amounts of oranges are among the foodstuffs you’ll see Thai-Chinese families snapping up.

Later on New Year’s Eve is also the time for exchanging those money-stuffed red ang pao envelopes. Meanwhile the day of Chinese New Year itself is all about resting, and doing as little as possible aside from visiting extended family – that’s when the oranges come in, offered as a gesture to wish one another a happy and prosperous year to come. Traditionally, those of Chinese descent will avoid doing work or chores on New Year’s Day, in order to maximise their fortune in the year ahead – among a number of precepts, they’ll also avoid arguments, conversation about illness or death, and even washing their hair!

Though Chinese New Year isn’t a public holiday in Thailand, you can expect many shops and businesses run by those with Chinese ancestry to close for the festivities, so that the owners can also take the time off to spend with their families.

Where to celebrate Chinese New Year in Bangkok

This year the official celebrations are cancelled. Of course there will be things going on around Chinese temples / shrines, where people will still celebrate in their own way.

Many shopping malls have things going on, and Icon Siam shopping mall is capitalising on Chinese New Year theme.

Many of the top hotels will have Chinese New Year themed feasts. Or simply check out a local Chinese restaurant – reservations are advised.

We recommend the following sites for finding the best Chinese New Year dinner deals in Bangkok.

What to eat on Chinese New Year?

For many people in Thailand they will simply eat Chinese food, and many of Bangkok’s most popular Chinese restaurants will be fully booked.

We asked our friend Alyssa Han, former Chief instructor at The Market Experience, for some ideas of traditional foods for Chinese new year. Like many Bangkokians, Alyssa is Thai but of Chinese decent, and herself lived in China for many years. Alyssa recommends preparing Yu Sheng and here is a recipe for it.

Alternatively you could try one of Thailand’s many Chinese influenced Thai dishes. Besides the many noodle options we recommend Chicken with cashew nuts which comes from the Chinese dish Gong Pao Ji.

Have you experienced Chinese New Year in Bangkok or elsewhere in Thailand? Let us know in the comments! 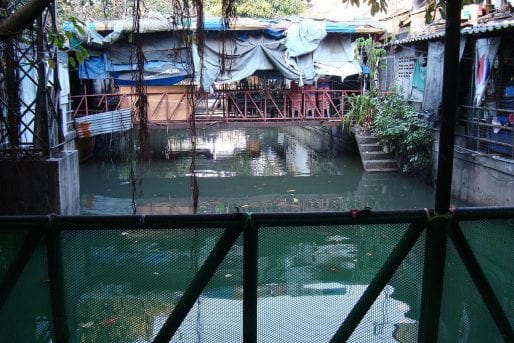